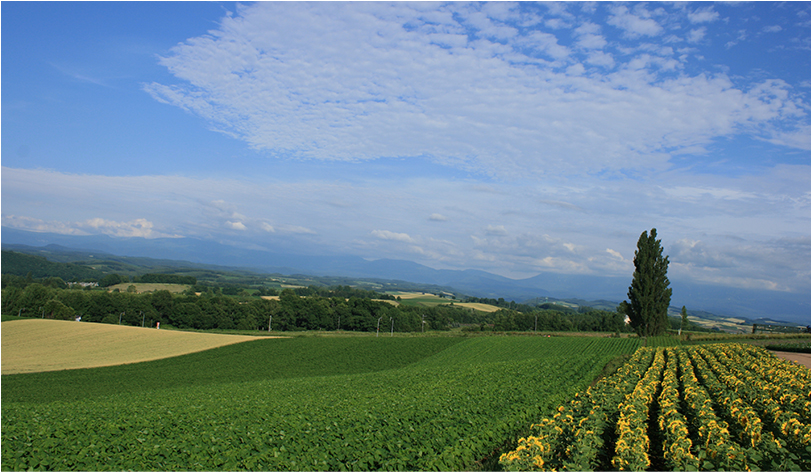 The town of Biei is located in the middle between Asahikawa,which is the second larger city in Hokkaido,and
Furano, a city famous for being the location of historical TV drama.
Biei’s location makes easy access to other cities such as Sapporo and Obihiro.
It’s just a 15-minute drive to Asahikawa Airport, and about two and half hours to New Chitose Airport.

As Biei is situated inland, threre is a dramatic variance in temperature throughout the day and
the four seasons are extremely distinct.The hills and mountains look dramatically diffrent in four seasons.
Biei landscape is created by farmers who plant many kinds of crops, including wheats and potatoes.
As cherry blossom is in May and potato flowers bloom in July, it creates the beautiful and colorful landscape. In Autumn, the summer landscape changes to bright reds and yellows.
A white blanket of snow heralds the arrival of winter.
Living in an environment that changes so much is a challenge,but the people of Biei have found many ways to thrive here.

Biei Maximum/Minimum temperature(Average over 10 years from 1981) Please mark as your reference for your trip.

This is only the clothing guideline based on the temperature data in the past. Please check the current weather conditions before your trip. Especially during the winter time, due to the slippery road, please do NOT forget your winter shoes.

The Birth of Our Beautiful Hills 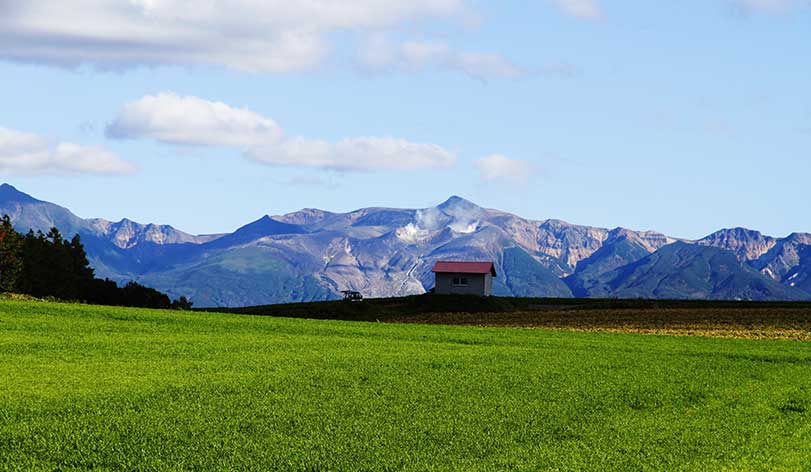 The landscape of Biei was born because Mt.Tokachi-dake repeatedly caused a large eruption with mudflow,volcanic ash accumulated from 2million years ago. Hills and plains were formed naturally. It was in 1900 that Biei’s forefathers started to cultivate in the untouched foresrt,and stated agriculure. This beautiful landscape was born by their effort,so we need to protect and manage it for our children.
A request to everyone visiting Biei The undulating hills of Biei may look like the flower fields of vast parkland, but most of the land is actually the private property of farmers. In order to be able to pass-on these rural landscapes to future generations, it is important never to encroach into the farmers’ fields and to always view the scenery and enjoy taking photographs from paved areas. (Painstaking efforts are being made to grow crops to enable safe and delicious farm produce to reach you dinner tables.) Furthermore, when stopping your car on narrow roads, please take care so as not to obstruct the passage of tractors and other farm vehicles. If you are requested to move your vehicle, please do so promptly. Thank you for your understanding and cooperation with regard to these matters. 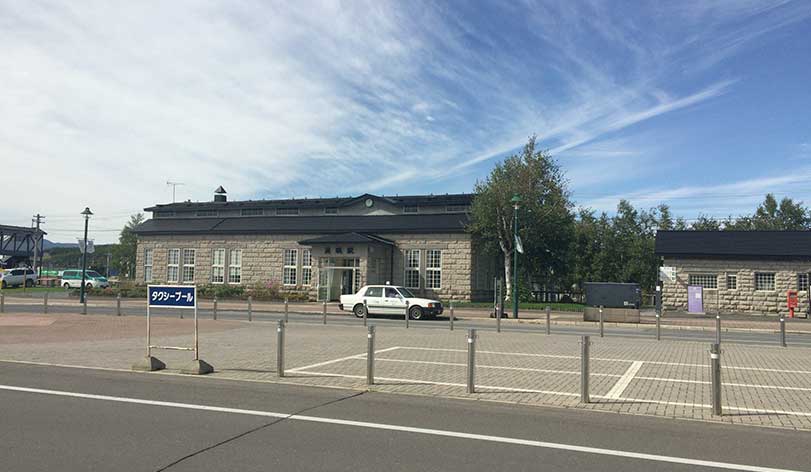 In 1858,Takeshiro Matuura crossed over the Tokachi mountains and became the first explorer to set foot in the untamed wilderness that is now Biei Town. Matuura simply passed theough the area on his travels,and did not settle there. In 1984,a man named Naosaburou Kobayashi traveled from Hyogo Prefecure in western Japan with three of his staff,arriving in Bebetsubuto(Asahi Farm)on the 15th of September that year.
Upon his arrival, he stared”Castiing my eyes over the vast grassy plains,the bush clover,awn and other autmun plants in bloom,and the thick, unspoiled forest that has never seen an axe,it’s almost impossible to see what lies ahead ” Records indicate that Nao saburou leased 450 hectares of land and toiled among the harsh environment as a pioneer to open up the land for agricultural use.
When you think about that,it is clear that biei’s forefathers must have endured many hardships in their daily lives. 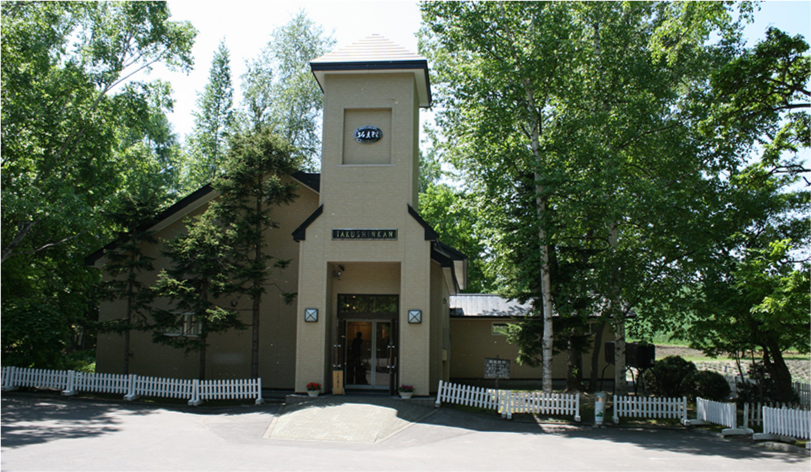 ～ A Beautiful Hilly Town ～
In 1950,a crew drilling for hot springs at the foot Mt.Tokachi-dake hit upon a hot springs at adpth of 399 metters. The hot water shot up 10meters into the air When the drill was removed. The hot spring was named Shirogane Onsen, and the warm water it offered up provided healing effects for who visited. Shirogane Onsen is now a noted tourist attraction in Biei Town.
In 1971, landscape photographer Sinzo Maeda came across Biei Town.Upon visiting biei,Maeda said “I never knew beautiful scenery ecisted in Japan”.Since then,Biei’s hilly landscape has been widely photo gallery, and 1987, an abandoned school was transformed into a photo galley named Takushinkan.
Since the opening of Takushinkan, the number of visitors to Biei is growing year,by year,and has now reached over 1.5 million. The hilly terrain that is home the town’s agricultual industry is a draw card for tourists from all around the world, who come to be moved and rejuvenated by the beautiful landscape.

Ａ Streetscape with a European Look 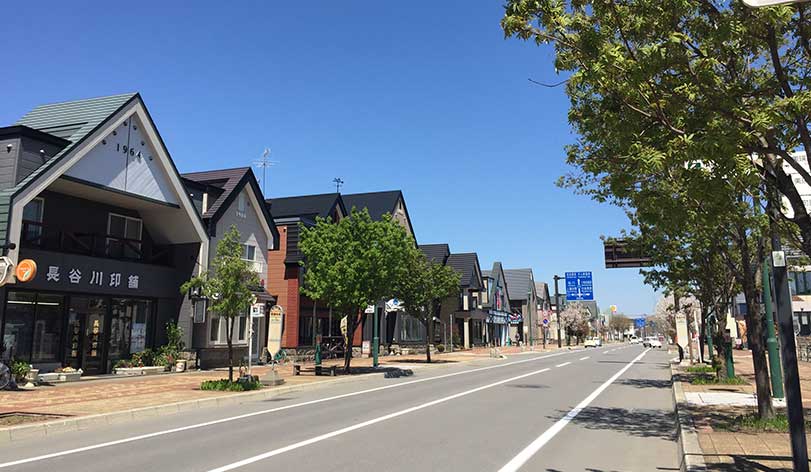 The town of Biei takes pride in its scenery.
The shops that line shopping street in front of station have been carefully designed so that facades match. The townspeople’s love for biei is also reflected in the tasteful European-style buildings, including beautiful old warehouses made of stone and log cabins surrounded by trees.

One of the Most beautiful Villages in Japan 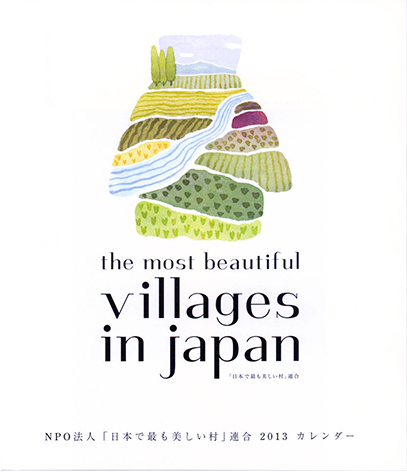 The Most Beautiful Villages in Japan was founded in 2005 with 7 towns and villages, while Japan was in the process of municipal amalgamation to reform financial conditions.
Municipalities had to find a way to survive. Following “The Most Beautiful Villages in France”, the idea to form a Japanese association was developed from the hearts and minds of those in villages and towns who wanted to protect their natural and social capital as their intangible resources such as their culture and traditional sceneries that had been passed on by their ancestors for hundreds of years.

Discover the Art of Biei

Biei’s landscape is a major draw card -the town is even famaous as the “Town of hills”. These captivating hills were once entirely covered by primeval forest.
Our ancetors worked tirelessly to clear space onthese undulating hils to live and farm, expoising ridges that curve gently in geometric patterns. The beauty of the hills is det off by the wal of forest that protects the hills from the wind.
This natural beauty provides the perfect barcdrop for people to enjoy a varoety of arts and cultural activities as a hobby oe to improve their skill,developing an appreciation for culture and enriching their lives in the process.Each and every citizen of Biei has been touched by town’s art and cultural scene. 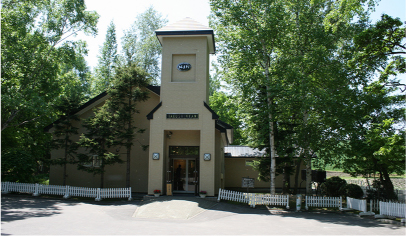 In 1971,Landscape photographer Sinzo Maeda happensd across Biei during a photography trip across Japan. He was captivates:I don’t think I’ve ever seen scenery so vast,that touches my heart to much.Standing on a ridge of the hills,I felt so moved that my whole body felt numb.
I’ve never felt like that before.”Maeda took many photos of Biei’s hilly landscape after this, and Takushinkan Photo Gallery was opened in converted school building in July 1987 to exhibit such photos. 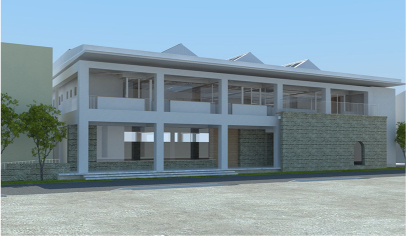 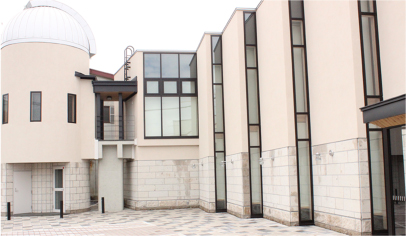 Attractions in the Hill Town of Biei 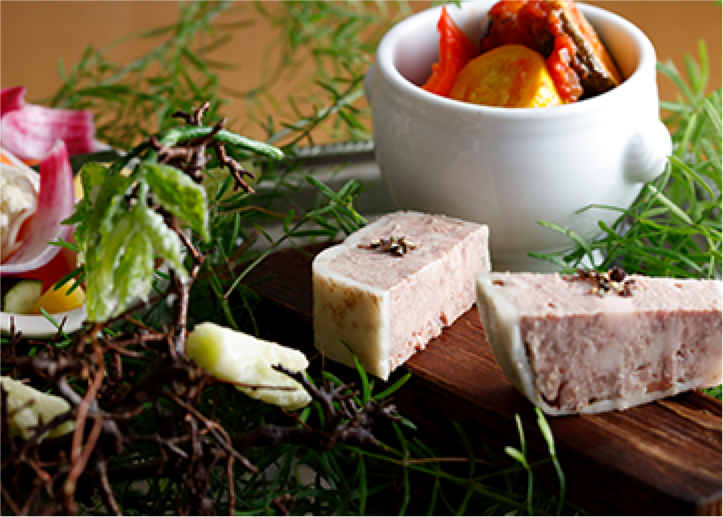 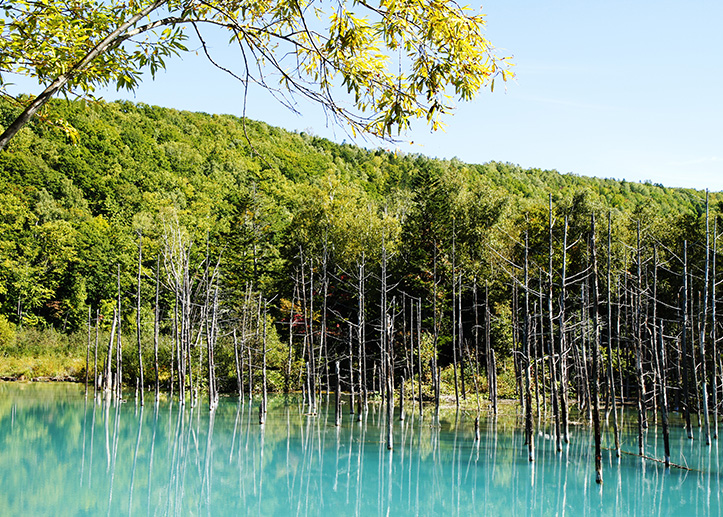 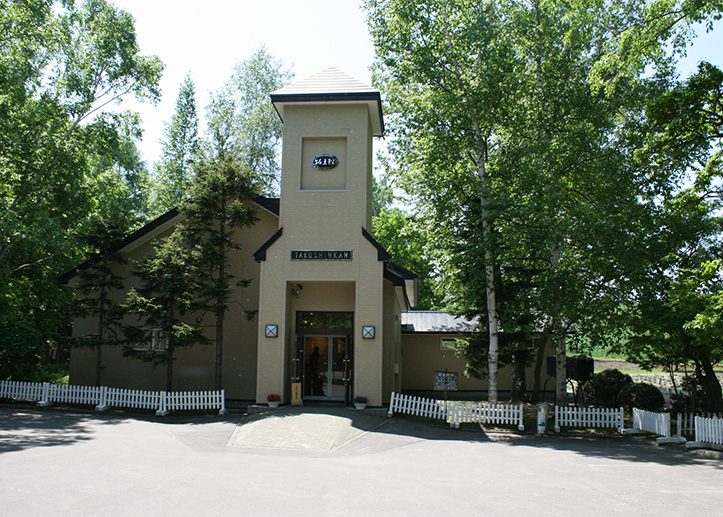 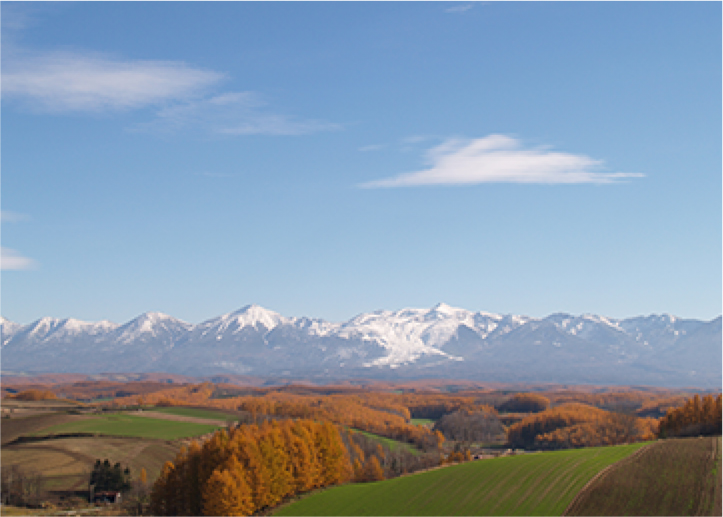 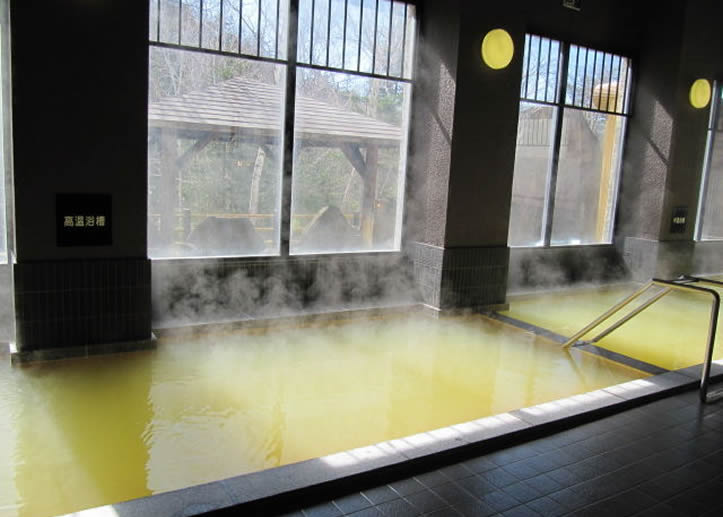 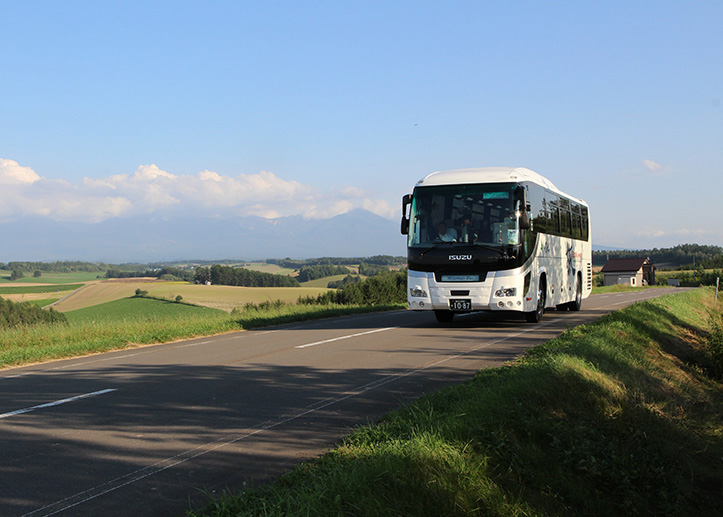 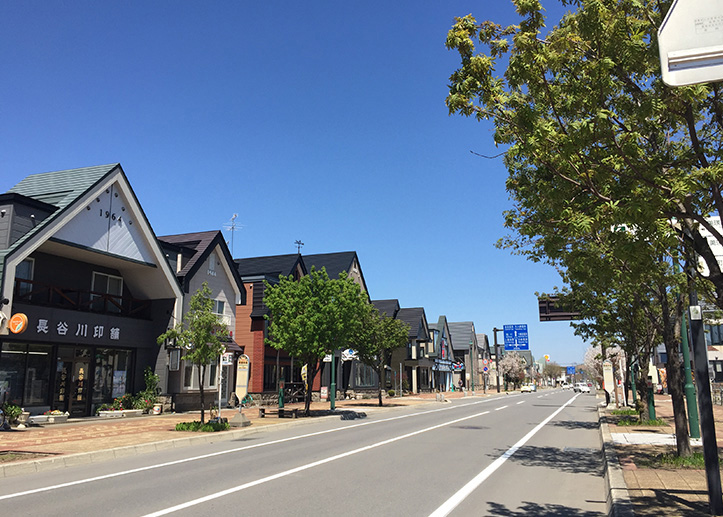 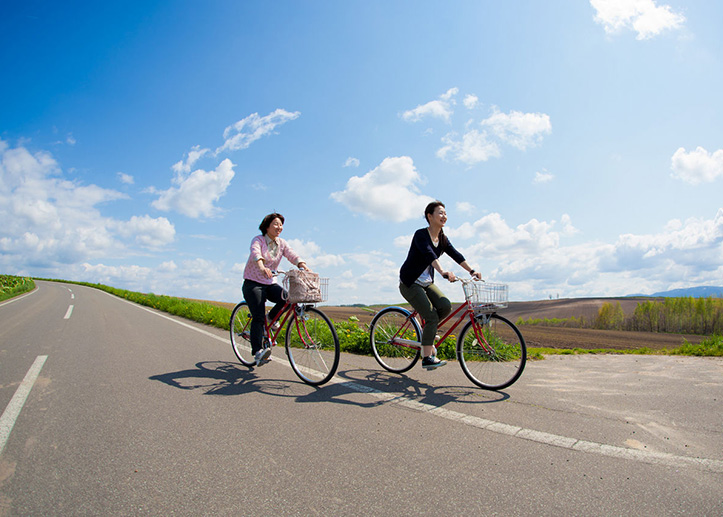 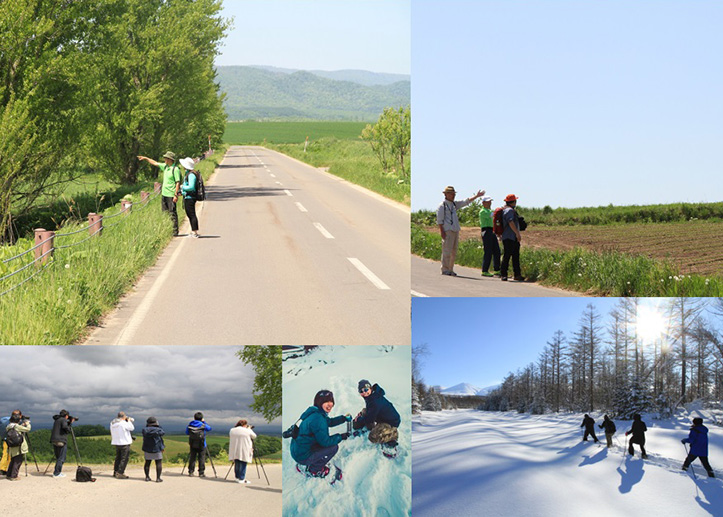